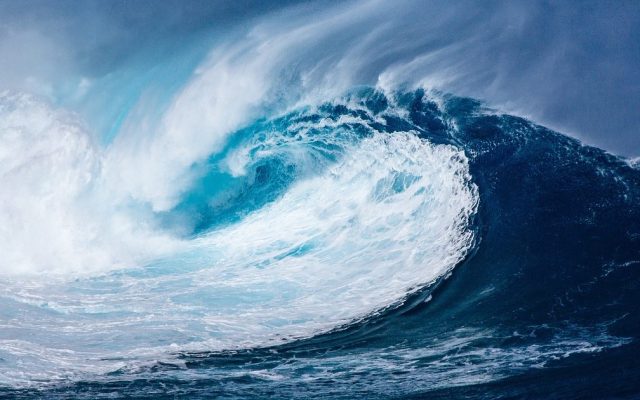 Many of us go about our daily lives without ever really considering the implications that our wasteful lifestyles can have on the environment around us. We are often far more concerned with work the next day, paying bills, and simply surviving in the fast-paced society that we have built. However, continuous pollution, over-fishing, and rising temperatures are just a few of the serious issues facing our oceans as a direct result of human industry and demand.

So, why should we clean up the ocean? The expansive bodies of water that cover the majority of our world seem like something far too eternal to ever suffer at the hands of one or two plastic bags, right? Unfortunately, the opposite has proven true. Our oceans are incredibly fragile, and if we do not take steps to protect the oceans, there is every possibility that we will destroy them and all living creatures that call the ocean home.

What Are The Consequences Of Ocean Pollution?

The oceans are much more fragile than we have ever considered. Ocean pollution, along with over-fishing, is responsible for a dramatic decrease in the amount of fish in the world’s oceans by approximately half of what they had been in 1970. For popular fish stocks, such as tuna, mackerel, or salmon, their populations have fallen by nearly 75 percent.

Plastic bags, styrofoam, and numerous other non-degradable items combine with toxic agricultural fertilizers and pesticide run-off to create an ecosystem that is rapidly becoming unlivable.

Ocean temperatures and acidity levels have been steadily rising for years, near the levels are seen almost 251 million years ago during a period known as the ‘Great Dying’, when 90 percent of all ocean life died out.

Is It Too Late To Save The Ocean?

When confronted with the truth about our oceans, many of us are anxious to find out whether we have pushed our oceans beyond their ability to recover. However, the question is more difficult than a simple ‘yes’ or ‘no’.

If we were to immediately begin prioritizing long-term precautions and ocean sustainability, then it would not be too late for our oceans. The problem with pursuing this goal is that for generations short-term political and economic gains have taken priority over restoring the oceans to their once bountiful state.

We continue to rely on 19th-century laws and policies regarding fishing and pollution, instead of recognizing the need to revise how we as a global population treat our oceans. To save our oceans for future generations, we must commit to preserving that which remains and to help build towards a sustainable future.

Non-Profit Organizations That Are Working To Keep Our Oceans Clean

Fortunately, several organizations have taken it upon themselves to try to clean up our oceans and spread awareness. A few of the largest groups are mentioned below.

Ocean Conservancy: A Washington, D.C. based advocacy group working to reduce human impact on the oceans and helping to restore sustainable fisheries.

Oceana: This group is based in Washington, but is known as the largest international ocean conservation organization. They focus on developing targeted policy campaigns to protect and restore the world’s oceans.

How Much Will It Cost To Clean The Ocean?

While we may only be able to estimate the total amount that it would take to clean the ocean, even the broad numbers are staggering. Organizations that currently make up a significant amount of oceanic pollution would infer high costs to retrofit ships with environmentally friendly propulsion systems, and fisheries would be required to limit the amount of stock that they were allowed to pull from the oceans.

A conservative estimate of $13 billion U.S. dollars was put forward by Doug Woodring, founder of the Ocean Recovery Alliance, just for cleaning up the islands of plastic floating in the oceans. Currently, several states along the pacific coastline spend $500 million per year removing waste.

Take responsibility for our oceans and the damage that has been done to them will not be easy, or cheap, but the possible risk to the future of our world is a far greater cost to pay than any amount of money.

How Can We Help To Keep The Ocean Clean?

There are numerous ways in which the average person can help keep the oceans clean. Each one tends to take a little effort and a little sacrifice, but that seems like an even exchange to preserve the oceans.

The first way is simply reducing the amount of pollution and garbage you produce. This can be done in several ways. Changing your buying habits to reduce the amount of plastic you use daily, dispose of your waste in an environmentally safe way, use fewer chemicals in your garden and home, and keeping local beaches and waterways clean.

The second way in which you can help clean up the oceans is to reduce your energy use. Climate change is linked to rising ocean temperatures and increased acidity. By ensuring that your home is energy efficient through the use of proper insulation, energy-efficient light bulbs, and properly serviced heating and cooling systems you can help fight against the effects of climate change.

The third and most straight forward way in which you can help clean up the ocean is to volunteer your time and get involved directly with ocean clean up. If you do not live near an ocean this doesn’t limit your ability to help. Local organizations often plan beach or waterway cleanups, which are a great way to teach your kids about the dangers of pollution so that future generations do not make the same mistakes. You can also sign petitions against ocean pollution and over-fishing, or vote to support laws and legislation that seeks to protect the oceans.

There is always something that you can do to make a change for a better future.

The lawn is one of the most crucial parts of any home. This is mainly because besides making the home beautiful it also provides a comfortable space to enjoy the pleasant outdoor atmosphere. Because...

Top 5: Best In-Ground Dog Waste Disposal System Lately, people all around the world have become more and more environmentally conscious than ever before. All over Pet Waste is becoming a big...